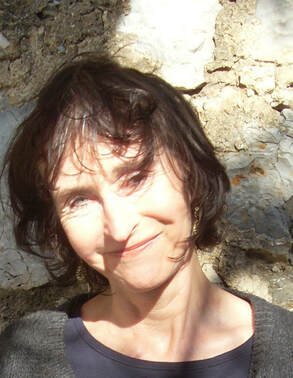 ​
​
​I grew up in Kent, England, and in my mid 20s, settled in the Languedoc Roussillon region of southern France.  In 1991 I founded the Association La Belle Auriole, based in the old Catalan farmhouse where I lived with my 2 children for 15 years, and in which, inspired by the UK-based Arvon Foundation’s innovative concept for residential workshops for writers, I established and ran an independent retreat centre for international artists and writers.

Over the years, the Association La Belle Auriole established partnerships with organisations such as UNESCO and RES ARTIS and curated an annual programme of cultural events.  This brought me into contact with international artists, writers and musicians, many of which became personal friends. Some of them have since accompanied me in my own cinematic explorations.

During this period my partner, the British poet John Fairfax, also encouraged me to publish my poems. It was his unfailing belief in me, and his support, which allowed me to first see myself as a creative in my own right, and thus to embark on my first short documentary film with no previous experience in filmmaking .

The Camp at Rivesaltes. The Final Day.  uses a single poem, interpreted in different languages (French, Catalan, Basque, Spanish, Arabic, Bulgarian and English), danced, spoken or sung, to give a voice to those souls  who were interned or imprisoned between 1941 and 1970 in a now-abandoned concentration camp near where I live; and who suffered, were deported or died there.

The film - inspired by the discovery of the Camp archives on the municipal tip in Perpignan in 1997, when its dark history, hidden for over 30 years finally came to light - premiered at the Montreal World Film Festival in 2008 and was followed by screenings in situ at the Camp, and at the Imperial War Museum in London.   In 2012 it also joined the Radio Canada International series of VOD.

I now live in a small wine-making village in the aromatic garrigue landscape of the Corbières foothills. Late in 2010, having completed a 4-month filmmaking course with the Association Cinémaginaire, I began shooting my documentary Jean Capdeville: Voyage into Black;  this time, through Jeanne's encouragement, grabbing the camera myself.
​
I had already met the Catalan painter Jean Capdeville at concerts at La Belle Auriole. However, my first encounter with his huge black paintings was at an exhibition in homage to his mother in 1992 and was a powerful, emotional moment.  I was curious to learn more about him - what informed his work and drove him to paint - and wanted to tell his story. Once Jean had given me permission to make this film and Chantal Marchon had kindly offered to let me use the rushes of her video interviews with Jean, there was no turning back.

The film is now  finished, due to the success of a crowdfunding campaign  on ULELE which raised funds for the sound edit and mix .

Please visit our EVENTS page for news and updates.

The initial concept for FILM BANDITS was seeded along the way; that of bringing ex-festival films, including shorts, to rural communities in the Corbières hills with a van and projector to stimulate discussion, spread awareness and finally – surprise, delight and entertain them.

I have just begun research for a new documentary project.​
​ 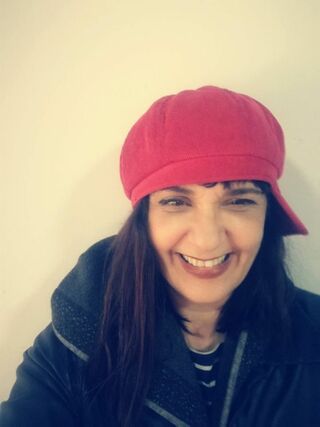 ​​I am a restless traveller, filmmaker, writer and documentary film teacher. My motto is DIY - Do It Yourself - invent, express, create, and don't give up! I currently work at the Beijing Film Academy Multimedia College in Qingdao， China, as an associate professor teaching film production and documentary in the department of cinematography.
​
I left England at 16 and hitch-hiked my way around the world, teaching English in Turkey, painting houses in French Catalonia, working in restaurants in Australia, working the land in Greece, and marrying in Iran. I published various short stories inspired by these world travels, helped by my dear father Marius, some of which were adapted to film in Canada. I finally arrived in Montreal in 2000 with my daughter, Alyosha.

​I had no idea about filming, only that I loved stories and storytelling, and was gripped with passion and intrigue when I found out I could do a BA in Film Production. I graduated from Montreal's Concordia University cinema program after having made a body of work on my dearly beloved artist friend, the Montreal sculptor Stanley Lewis: Where's Stanley?  and Birth of the Smoked Meat, a quirky look at the Montreal-Jewish gastronomic delicacy of the same name. This won the Kodak Imaging Award for best direction and screened at the Cannes Film Festival in 2007. These films were followed by Berson Boys and Up and Down the City Road.

When Stanley died in 2006, I was in the middle of finishing what he always called “the biggie – my film”, Dust: A Sculptor's Journey, my first full-length feature, in which Stanley struggles with his mortality and a life of unrealized dreams. This opened at HOTDOCS in 2011, FNC, and other festivals in Canada and overseas.

I met Deanna Sabo, a woman with bipolar disorder living with her lover Gordon in a half-way house in Montreal, called Chez Lise; and with a friend from the old days in England, James Galwey, co-directed my second full-length feature, Chez Lise, in 2013. The film follows Deanna and Gordon, who both suffer from severe mental illness. Chez Lise won first prize in the Liège film festival for mental health.

Since 2015, I have lived in China, teaching documentary at the Beijing Film Academy, Qingdao Campus, where I mentor, teaching first and second year documentary. I also have mentored Helena with her film Jean, and Tao Gu with Taming The Horse, which has won numerous prizes around the world.

My latest full length feature, The Sea Hut, a Chinese co-production, is in post-production, to be finished in the winter of 2018.

I still continue to work on the Stanley Lewis Archive which is housed on the Stanley Lewis website, assisted by Andrew Bailey, with the intention of later writing a book, as Stanley gave me the right to use his works, words and media before he died. This will be an exhaustive memory of Stanley Lewis, for when he died I salvaged as much as I could from his studio and his belongings, which had been so cruelly thrown out onto the side-walk. But this, of course, is another story, to be told later, much later...